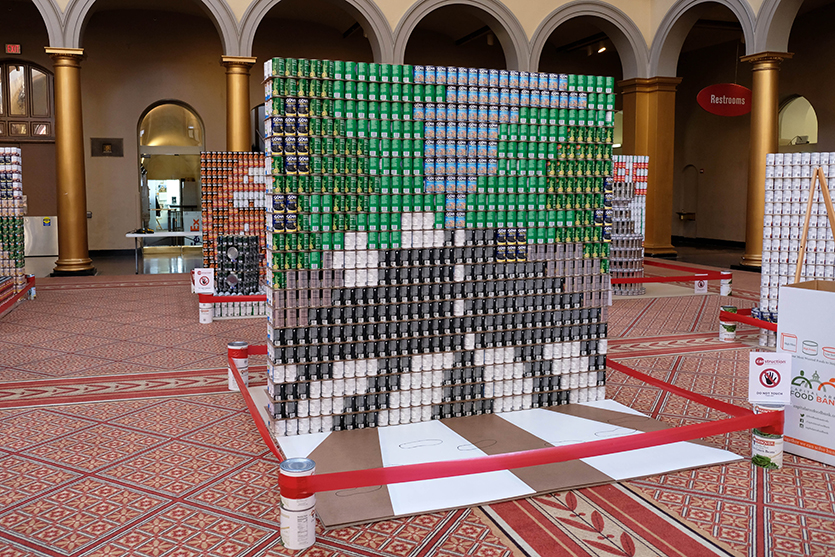 The National Building Museum hosted 26 teams participating in the 2018 “Canstruction” competition, a contest in which teams build sculptures out of canned goods and collect food donations for local pantries. Representing local architecture and design firms in the District, the teams met at noon and worked until they finished building their sculptures, which fell under the “CAN’t Stop the Beet” theme. The national Canstruction program aims to increase awareness about hunger and food insecurity while collecting canned good donations. In Washington, the Canstruction program is put on by the Washington Architectural Foundation to benefit the Capital Arena Food bank through donations of canned goods and non-perishable items.